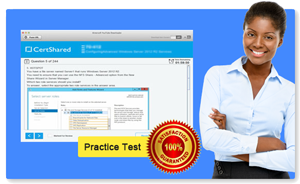 If a backup is expired, which of the following is true?

Which statements are true regarding table compression? (Choose all that apply.)

You plan to execute the following command to perform a Flashback Database operation in your database:
SQL> FLASHBACK DATABASE TO TIMESTAMP (SYSDATE - 5/24);
Which two statements are true about this? (Choose two)

You issued the following command to mount the DATA disk group in restricted mode: ALTER DISKGROUP data MOUNT RESTRICT;
What is the implication of this command?

View the Exhibit.
Examine the following command that is executed for the TRANSPORT table in the SH schema:
SQL> SELECT DBMS_STATS.CREATE_EXTENDED_STATS('sh', 'customers_obe',
'(country_id, cust_state_province)') FROM dual;
Which statement describes the significance of this command? Exhibit: 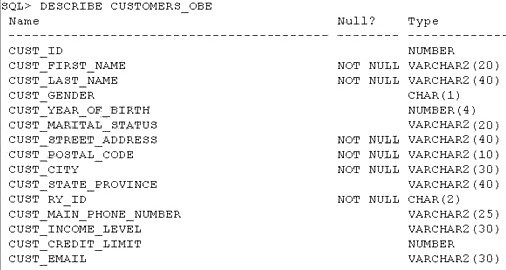 The INV_HISTORY table is created using the command:

The following data has been inserted into the INV_HISTORY table:

You would like to store the data belonging to the year 2006 in a single partition and issue the command:
SQL> ALTER TABLE inv_history MERGE PARTITIONS
FOR(TO_DATE('15-feb-2006','dd-mon-yyyy')), FOR(TO_DATE('15-apr-2006'))
INTO PARTITION sys_py;
What would be the outcome of this command?

Which dynamic view displays the status of block-change tracking?

Explanation:
V$BLOCK_CHANGE_TRACKING displays the status of block change tracking for the database.

You are peer reviewing a fellow DBAs backup plan for his NOARCHIVELOG mode database, as shown here:
1. Put the tablespaces in backup mode.
2. Back up the datafiles for all tablespaces.
3. Take the tablespaces out of backup mode.
4. Back up all archived redo logs.
Your colleague asks for you to comment on his plan. Which response would be correct?

Explanation:
Without command ALTER SYSTEM SWITCH LOGFILE, the backup of archive redo logs will be useless.

Which of the following is true about job chains?

Explanation:
Creating and Managing Job Chains
A job chain ("chain") is a named series of tasks that are linked together for a combined objective. Chains are the means by which you can implement dependency based scheduling, in which jobs are started depending on the outcomes of one or more previous jobs.

What is the name of the file that identifies the set of available locale definitions?

Because of a logical corruption in your production database, you wanted to perform Tablespace Point in Time Recovery (TSPITR). But before you start the recovery, you queried the TS_PITR_OBJECTS_TO_BE_DROPPED view and realized that there are a large number of objects that would be dropped when you start the recovery by using this method. You want to preserve these objects. Which option must you use to perform TSPITR and preserve the object?

On which two database objects can the VERSIONS clause of the Flashback Versions Query be used? (Choose two.)

You executed the following command to drop a user: DROP USER scott CASCADE;
Which two statements regarding the above command are correct? (Choose two.)

You issue the following RMAN command to set a retention policy on a database: RMAN>CONFIGURE RETENTION POLICY TO REDUNDANCY 2;
What will be the outcome of issuing this command?

Which command would you use to determine what database backups are currently available for restore?

View the Exhibit to examine the error during the database startup. You open an RMAN session for the database instance. To repair the failure, you executed the following as the first command in the RMAN session:
RMAN> REPAIR FAILURE;
Which statement describes the consequence of the command? Exhibit:

Which of the following cannot be used as input to the SQL Tuning Advisor? (Choose all
that apply.)

Which of the following advisors is run in every maintenance window by the auto-task system?

Which command is used to begin a tablespace point-in-time recovery?

Identify the activities performed as part of the Automatic SQL Tuning process in the maintenance window? (Choose all that apply.) 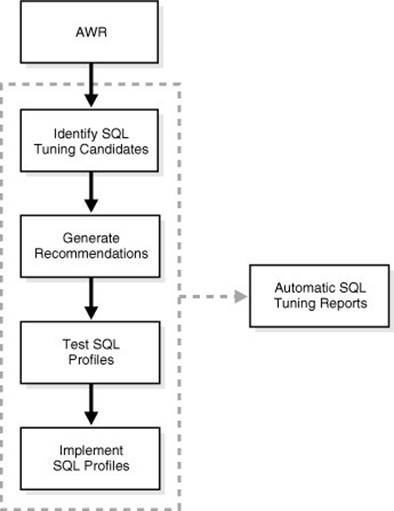